Co-founder, head and heart of the Freelancer Marketplace 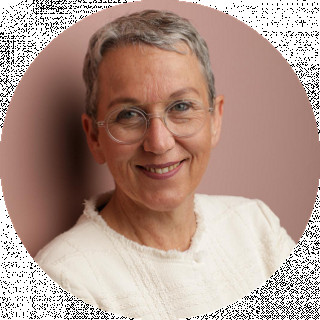 With appose and the Freelancer Marketplace, which Christa conceived and continues to develop in close collaboration with Marko Albrecht, she is fulfilling a dream that she first formulated in her 2015 book, Freelance IT. Her goal is strong and successful freelancers.

With the Freelancer Marketplace, this is fulfilling a dream for me as a freelancer.

"With Marko, I met a person in November 2013 who was on the other side (as a board member of a recruiting agency) but shared my view of the situation of freelancers," says Christa, describing the basis for her involvement with appose. They lost track of each other for a while, until, in January 2019, Marko introduced her to the idea of appose. "It went far beyond what I had hoped for. Marko asked me to bring in my experience and the freelancers' point of view. That's how the joint concept of the freelancer marketplace was born, and I can't wait to see it come to fruition."

Ideas are implemented when we, in the team, believe they make sense.

Christa in aller Kürze
Born in 1962, she lives in Hamburg and is self-employed since 2000. From 2009 to 2012, she had to defend herself against accusations by the pension insurance company that she had employed freelancers as bogus self-employed. She won all proceedings but lost her successful business. From then on, she supports companies with IT implementations as a solo freelancer. She makes sure that users are willing and able to work with the new IT systems. Her areas of expertise are change management, communication, training and documentation. She works for corporations and medium-sized businesses in all industries.

My work in IT projects is always about people.

With the support of VGSD e. V., she addresses the issue of bogus self-employment among the self-employed and politicians. In 2016, she received the Werner Bonhoff Award for her commitment, and in 2017 the New Work Award from XING.
Images: From the private collection of Christa Weidner, Picture People 5 and 6 / 2021

Co-Founder and CTO. Basically the nerd in the team.